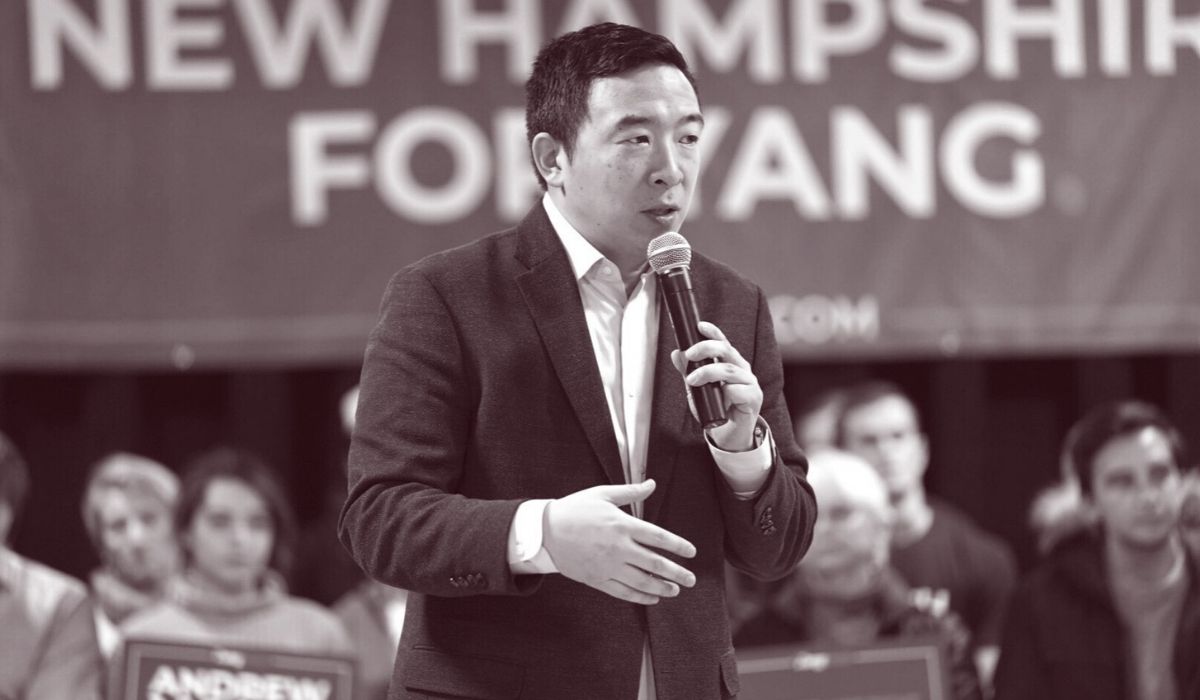 Andrew Yang thrust into the spotlight back in 2017 when he expressed his interest in vying for the top seat in the upcoming US presidential elections in 2020. However, what really set him apart was his support for the crypto technology, especially Bitcoin.

Andrew’s big signature campaign selling point was his intense support for Bitcoin and his radical idea of introducing a policy that would see every adult US citizen get $1,000 payment from the government on a monthly basis. This move would be part of Andrew Yang’s far-reaching proposal to ensure universal basic income for every eligible citizen.

Besides that, Andrew planned to introduce some regulatory policies to streamline the exponentially growing crypto industry as well as blockchain technologies. Of important note is that the US government is yet to come up with a clear guideline to govern these emerging economic sectors. Andrew had the vision to fix that.

Andrew Yang’s campaign attracted a lot of support online since 2017, especially from crypto fans who joined his #YangGang movement in droves. However, it’s fair to note that this support base was world-wide, meaning that only a percentage of his online supporters were eligible voters in the US.

Andrew’s reform ideas faced some level of criticism from opponents who felt different. Some were opposed to the idea of the government dishing out money to its citizens. Others didn’t quite resonate with his strong support for cryptos, especially because some of the rich have stayed away from the crypto space.

While Yang was gallant in his campaign, his online support base didn’t translate to actual support on the ground when the voting began. As said earlier, not everyone supporting him online was a voter in the United States.

In the face of stiff competition from other more popular Presidential Candidates, Andrew’s campaign has now come to a grinding halt due to a lack of support from voter bases. This was especially evident when he didn’t get any delegates in Iowa Caucasus and only got less than 3% of the votes in New Hampshire.

On Tuesday night, while announcing his decision to abandon the campaign, Andrew yang said, “It’s clear tonight from the numbers that we are not going to win this race.”