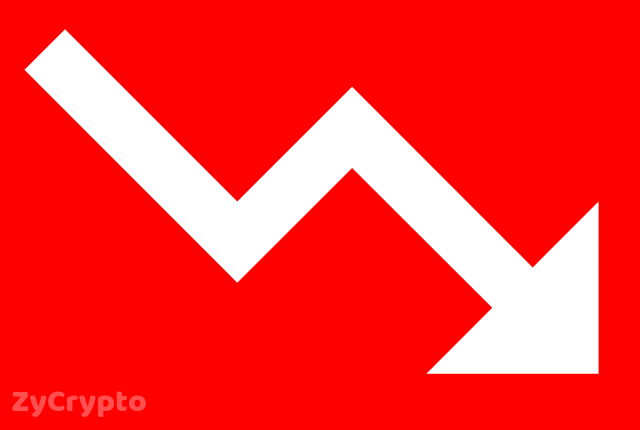 The Bitcoin story again. Many have lost in this downward trend no doubt. This is one of the stories about investors losing their life savings.
Mr. Russell, a property developer in the UK invested $120,000 in bitcoin in November last year with the price of the asset was at all-time high and recorded incredible success.

“I think there was one morning where I woke up, where I made about £12,000 ($15,600) in one morning on my investment and it just kept going,” said Russell. “I was thinking, wow, that’s mortgages paid, that’s holidays that I’ve always dreamed of.”

WOW! Of course, the price started falling from the beginning of this year and has gotten worse until it appreciated a bit at the beginning of the third quarter before plunging to ~$6,300 currently.
Different reasons have been suggested for the terrible crash which has left many bankrupt. Some blame Goldman Sachs’ supposed decision to turn its back on launching a bitcoin trading desk.
Experts say it is because of the low demand for the asset while others say it was because SEC turned down the several applications for a bitcoin ETF and more recently, the suspension of crypto investment products.
Whatever the reason, many have suffered loss and Russell is one of them. Although he tried other crypto assets to at least recover his capital, it did not work of course because all major cryptocurrencies fell alongside bitcoin.

“It was devastating, quite traumatic, really,” Russell said. “I’ve seen stories on the news of billionaires going bankrupt, and you think how can that be? How on earth did you lose that amount of money? And yet, here I am in that position.”

Russell however has chosen to remain positive.

“I have to be hopeful about something,” he said. “I need to keep my mind occupied, because when I just focused on the money I lost, it destroyed me mentally and emotionally.”

Michael Rauchs, a cryptocurrency and blockchain researcher at Cambridge School of alternative Finance said many fell into the trap of the high bitcoin pprice and are now counting their losses.
I’m not sure where Rauchs stands as far as the bitcoin debate is concerned, but Jamie Dimon, JPMorgan CEO and Warren Buffett CEO of Berkshire Hathaway have clearly shown they do not support bitcoin by telling potential investors to stay away from it.
Benjamin Dives, CEO of London Block Exchange has said concerning the unstable bitcoin market:
“Markets are cyclical and there’s still a lot of opportunity for sophisticated investors.”
Dives’ statement is an encouragement not just to “sophisticated investors” but also for the non-sophisticated I believe. All that have lost can then give a little time to see what happens. They have already lost like Russell anyway, how bad can it get?