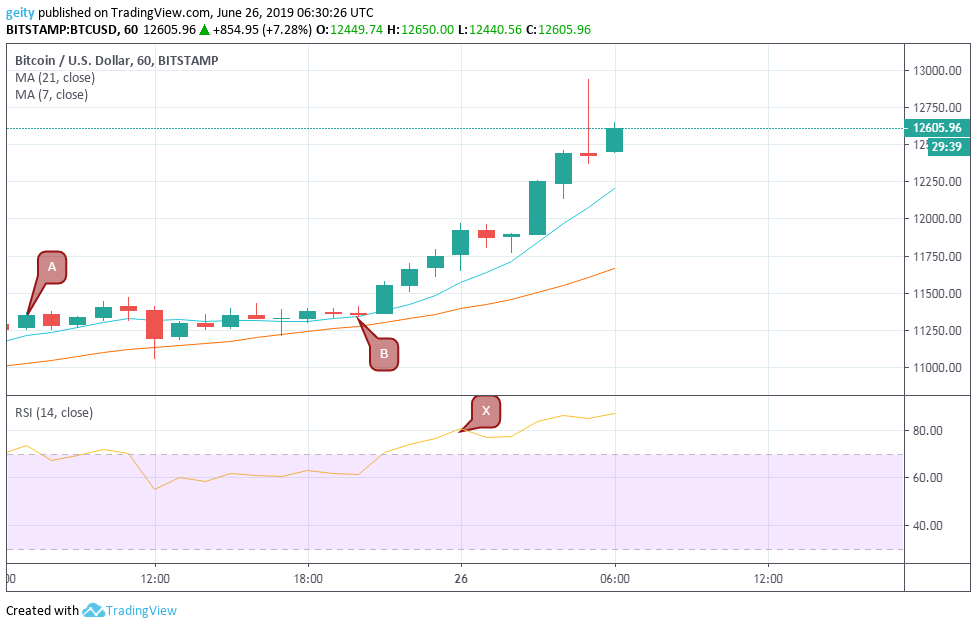 Despite BTC having begun trading on a short-term consolidation period from A to B, an uptrend has held with all indicators pointing towards a bullish trajectory.

At around 21:00 a bullish regular divergence pattern is seen that pushed the price momentum up to a high of $12935.58 before it dropped slightly to the current price.  The RSI X is seen above level 70 that indicated an overbought market momentum.

Increase in BTC price has led to a positive impact on investor sentiments. The RSI also reflects increase buyouts; this is because the indicator is currently increasing.

A further uptrend is likely to be seen, this is because the 7-day MA is still gravitating above the 21-day MA indicating a bullish signal. New target should be set at $14796.91. 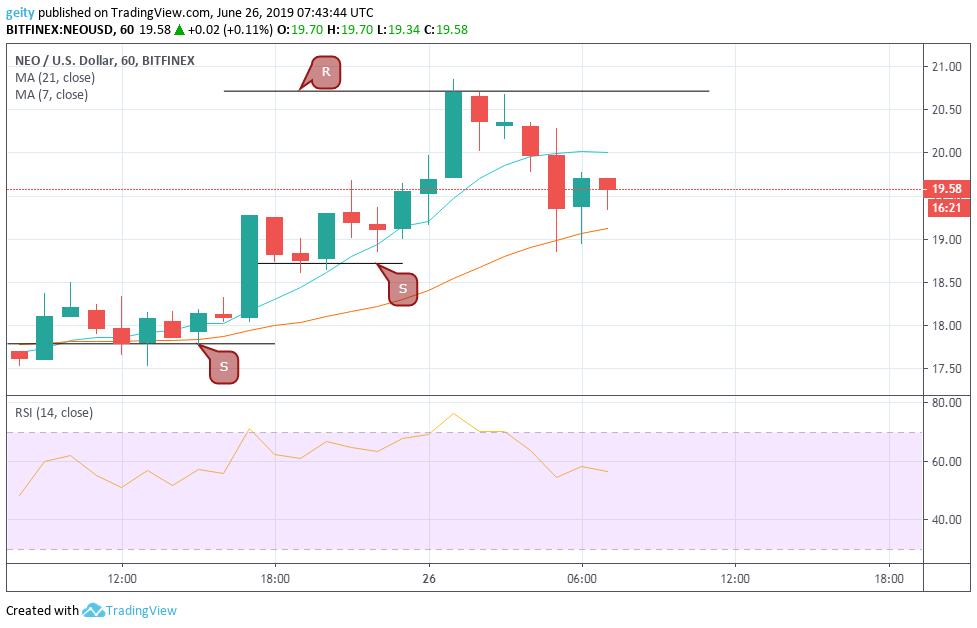 Like BTC, Neo/USD pair has been exhibiting a bullish outlook in the last 24hrs. The uptrend was supported by the 7-day moving average that is trading above the 21-day moving average. Neo registered an uptrend to the tune of 10.01% where it began trading from $17.62 to the current price of $19.50.

The bullish movement was reflected in the pair’s price consolidation trend. The support level was moved up from $17.78 to $18.71 while the resistance level was tested and breached severally.

An overbought market was also encountered at 17:00 yesterday and at 01:00 today this is because the Relative Strength Index was trading above level 70 at that period of time.

The bulls drastically pushed the price momentum up to a high of $20.85 testing resistance level (R).  This was followed by a slight dip that placed Neo to its current price.

There is a high probability of an incoming bearish market since the RSI is currently heading south thus indicting increase sellouts.  New support level should be stood at $ 19.36. 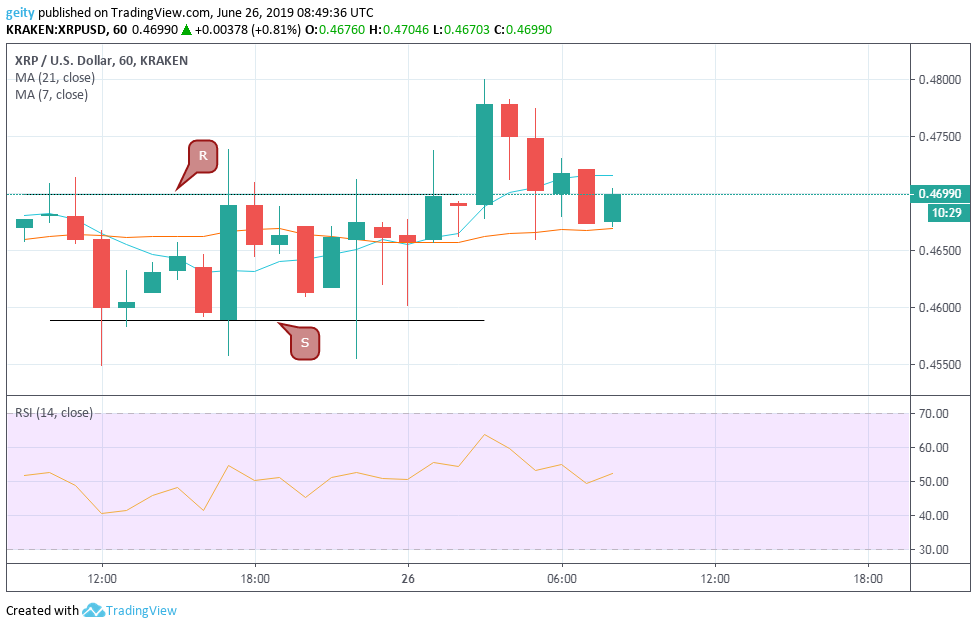 XRP/USD pair is up by 2.47% over the last 24hrs. It moved from $0.46771 to the current price of 0.48390. The upward price rally has been buttressed by the 7-day moving average that is currently gravitating above the 21-day moving average.

XRP was seen trading on a sideways price movement where it placed support level at $0.45888 and resistance level at $0.46993.

Yesterday, around 03:00, a bullish engulfing pattern was seen that resulted in a breakout. The breakdown breached resistance level and further raised the price up to a high of $0.49000 before it slightly dipped to close at $0.46990.

The Relative Strength Index is currently heading north which shows reluctance by investors to sell off their XRP holdings in anticipation for better prices.