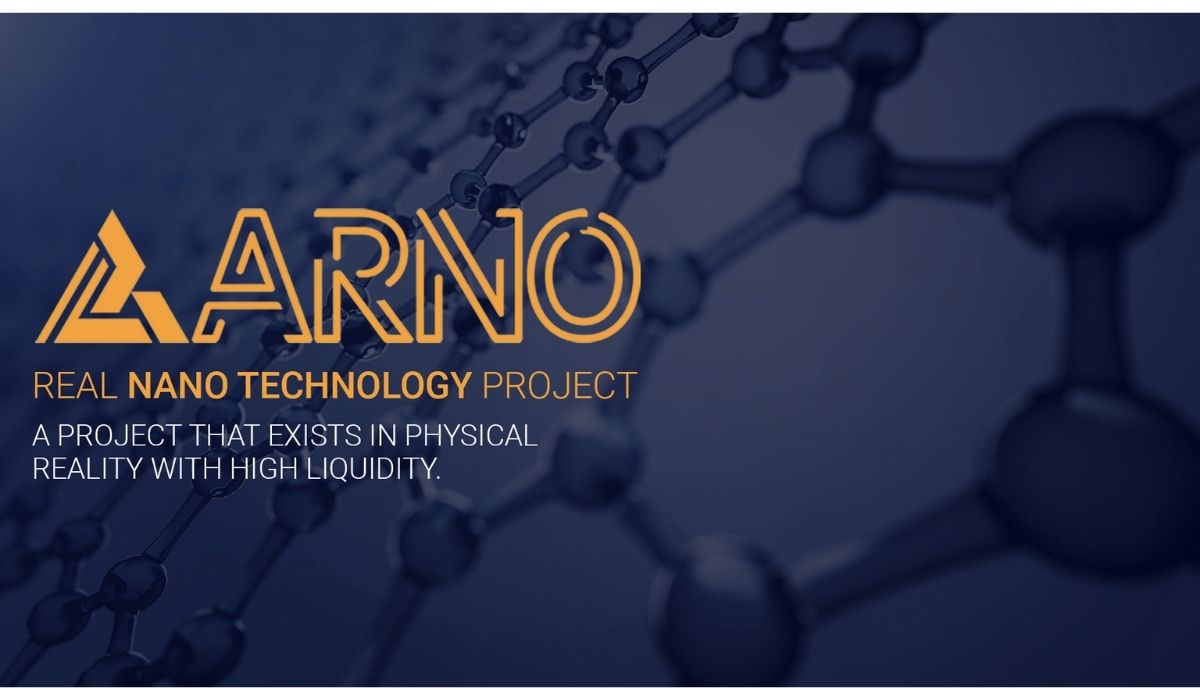 ARNO, the secondary power storage technology provider that makes use of carbon-based nanotechnology to make existing battery tech more efficient is all set to enter the production phase after successful testing and trials. The project is well in its roadmap time frame as it gets closer to the token launch.

store excess energy from energy generated when demand is low for use at an unspecified future point in time. This is a particular problem with power generated from energy sources such as renewable solar or gas-based. Put simply, when there is no sun or fuel, there is no power available to be generated.

ARNO’s research and development found existing storage capacity of Lithium-ion batteries can be made more power efficient using carbon-based nanotubes. It is not just resolving the current energy storage issue but offers a perfect defi investment choice through its token ecosystem. Investments in ARNO Token are investments in the high-tech production of really necessary products. The profit of the project is guaranteed by the access to the invested funds and the physical growth of the volume of the project’s capitalization.

Decentralized Finance aka Defi has become one of the most prominent use cases to emerge out of the crypto ecosystem over the past couple of years because of its passive income opportunities. On the other hand, secondary energy storage technology is going to rule the next generation of battery storage technology. ARNO is bringing the best of both worlds for users to buy and become a part of the ecosystem.

The ARNO project began with the creation of supercapacitors with aqueous electrolytes and various installations based on such supercapacitors. Even though the project was crowned with complete success, industrial production did not develop for a simple reason – such devices, despite all their advantages in terms of simplicity of design, safety in handling and during recycling, nevertheless turned out (which is understandable) less capacious and more massive than the supercapacitors people are used to.

Since the technology for the production of such batteries has long been developed and well known, and the need to create a reliable home and semi-industrial backup power sources capable of interacting with primary sources (such as, for example, solar panels, wind turbines or city networks at night) with increased charging and discharging resource and increased capacity – more relevant than ever before – ARNO team, in cooperation with KAKST and the Bulgarian Academy of Sciences, managed to develop a technology for the use of carbon nanomaterials in the production of lead-acid batteries (without changing the technology for the production of power sources themselves) and create a pilot sample of this kind devices.

The ARNO developers of the carbon nanotechnology-based battery are past the research phase and currently got regulatory clearance from multiple nations to start its mass-scale production. The project has got all necessary clearance from the Bulgarian government to set up a production plant and oversee the production in the EU. The ARNO project has also signed a deal with the German Office for the Protection of Rights and Intellectual Property. The agency will represent the interests of the entire project in terms of a patent application and trademark registration. The project has got the highest ratings from various reputed rating firms which solidifies investor interest and also helps in proving the project is reliable.

The native token of the project ARNO would be the main source of settlement on the platform. The project will only use its native token for settlements which would eventually help the token gain more market value at the time of listing. Some of the key features of the ARNO token include

The end date of the second phase of the preICO sales will be the start date of the IEO – trading of “trust” packages of the ARNO token on three to four centralized exchanges. Accordingly, upon passing the validation, which gives access to exchange trading, and the beginning of the IEO, a “trust” package of tokens with a value that will exceed the one indicated now ($ 2 per token) will be sent to the exchanges for sale, while trading on the site, and affiliate programs will, of course, be closed. But the AirDrop program will remain, which will be seriously expanded.

This will happen in early to mid-August of this year, that is, in about two weeks – a month.

The IEO phase will be, accordingly, divided into two components – preliminary and primary trading-placement of “trust” packages on each of the exchanges, which we will name a little later, but no later than the end of the week.

The IEO phase will last for a month, followed by a listing phase on some of the centralized and decentralized Uniswap exchanges, which will take another two weeks to a month.

After that, the ARNO token project will finally move to the ICO phase, that is, directly to trading.

The total token emission is 50000000. The token is not reissued. According to the percentage distribution, sale, and ICO/IEO allocated 8%, which is 4000000 tokens; In the case of IEO, the number of tokens will not exceed 8% of the amount allocated for sale;