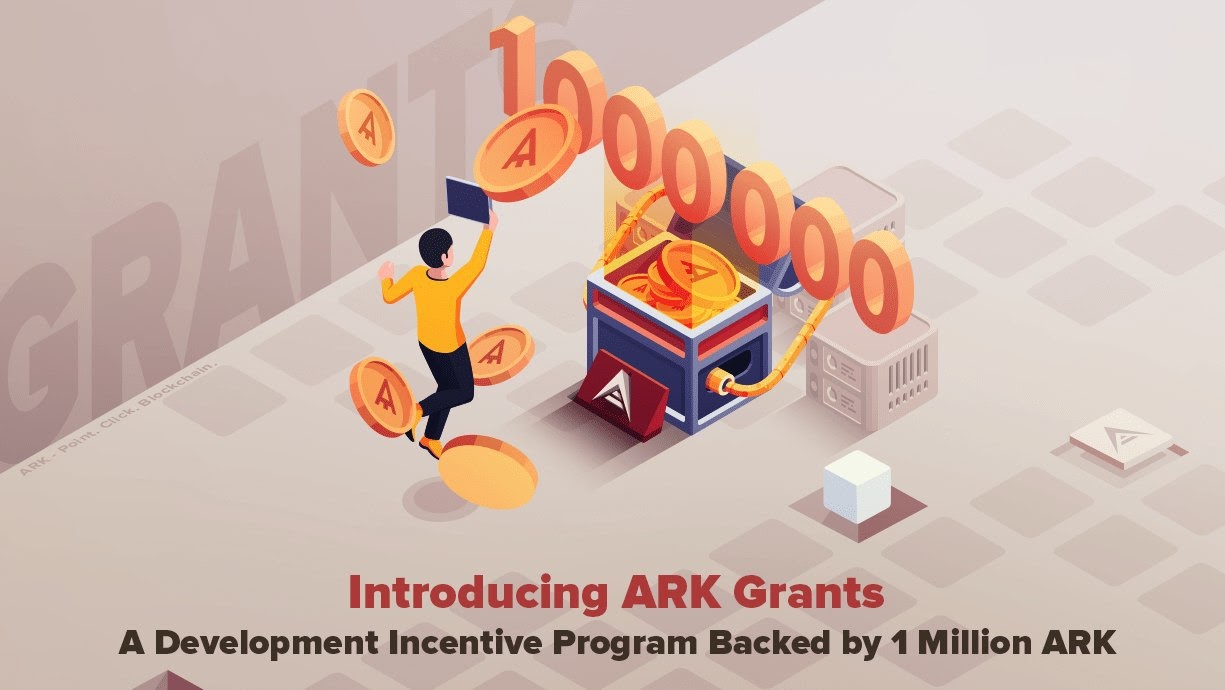 ARK blockchain project has announced the launch of its developer incentive program called ARK Grants, which is backed by 1 million ARK.

ARK Grants is a replacement to the current “Tier 0” Program and it will allow the project’s growing community of developers to create ARK-based solutions like wallet plugins, proof of concepts and others to get the required funding.

1 million ARK has now been injected into the program from the ARK Shield development fund.some of the projects to be funded include:

Proofs-of-Concept: POC is an excellent tool used to educate developers through real examples. ARK previously funded the ARK Messenger POC, which is now a fully autonomous and secure chat application.

ARK Desktop Wallet Plugins: The ARK Plugin Manager which was upgraded recently was initially funded by ARK Grants. The solution added an intuitive interface that enables users to use, install and update plugins.

What’s more, the grants program will also fund production-ready blockchain solutions such as the ARKTippr Tip Bot which is powered by the ARK network, custom ideas and more.

Developers whose proposals are accepted by the ARK Grants team must adhere to the following standards when creating their works:

Developers looking to create solutions with other technologies must first seek approval before development begins.

Applicants are required to submit their full names, contact methods, and email along with their application template. Devs must describe their project in a few paragraphs including the architecture, language and more.

Asides the ARK Grants program, developers can also earn ARK token via various other means including: