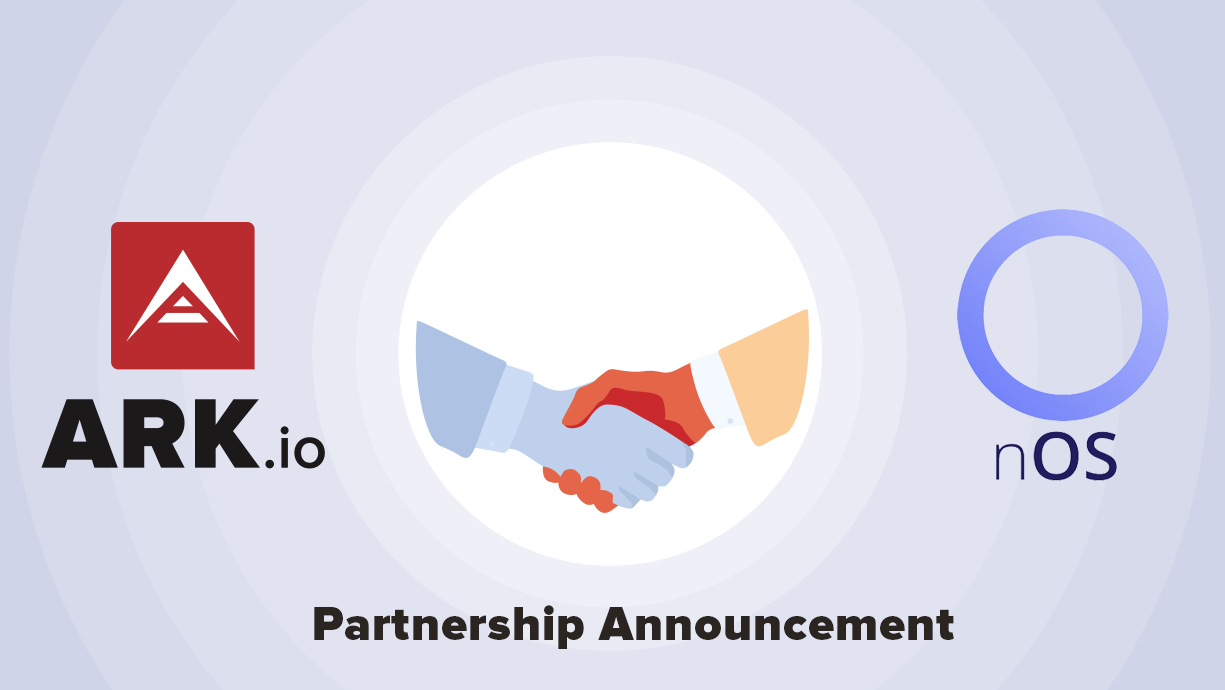 In a bid to deliver a truly decentralized and highly secure platform for its users, nOS has adopted the ARK blockchain network.

The platform plans to launch its public blockchain testnet on the ARK network later in September 2019.

Initially created as a NEO NEP-5 smart contract token, nOS diligently searched for a distributed ledger framework that provides modularity, scalability, speed and ease of development and the ARK blockchain is the right answer.

The Limitations of Smart Contracts

Due to the restrictive, hard to scale and complicated nature of smart contracts, nOS decided to pursue building its proprietary blockchain network instead of developing its platform as a series of smart contracts.

Unlike a vast array of blockchain networks, ARK fosters interoperability, while also providing blockchain projects such as nOS with a flexible, scalable, secure and customizable distributed ledger that can easily be tailored to every project’s needs.

Explaining the reason behind its decision to adopt ARK.io, nOS founder, Dean van Dugteren revealed that:

“As nOS evolves, it becomes critical for us to find a flexible framework that does not require us to reinvent the wheel with concepts such as state engagement and consensus logic. After much research and experimentation, we found ARK to be the perfect solution for nOS. It’s written entirely in Typescript, it’s modular, comes with a DPOS consensus model, and the project is very actively maintained by a smart, passionate and supportive team.”

“nOS is further proof that many platforms still pass through challenges with their blockchain networks, in terms of scalability, speed and smart contracts. It’s these challenges that are causing more projects to adopt a flexible blockchain. Many of these projects prefer ARK because of our interoperable, customizable and easy-to-implement solutions.”

For ARK.io, the announcement goes a long way to show that its blockchain network is fast gaining traction.

Notably, ARK launched the ARK Deployer platform a few months ago. The solution enables projects and apps to have their own ARK-based blockchains that suit their businesses.

The new ARK-nOS alliance is just the first step in the evolution of the partnership. If all goes as planned, after a successful launch of the ARK-based nOS public testnet in September, the team will focus on how the upcoming ARK Marketplace can benefit from the numerous native features and installable modules being developed by the nOS team.