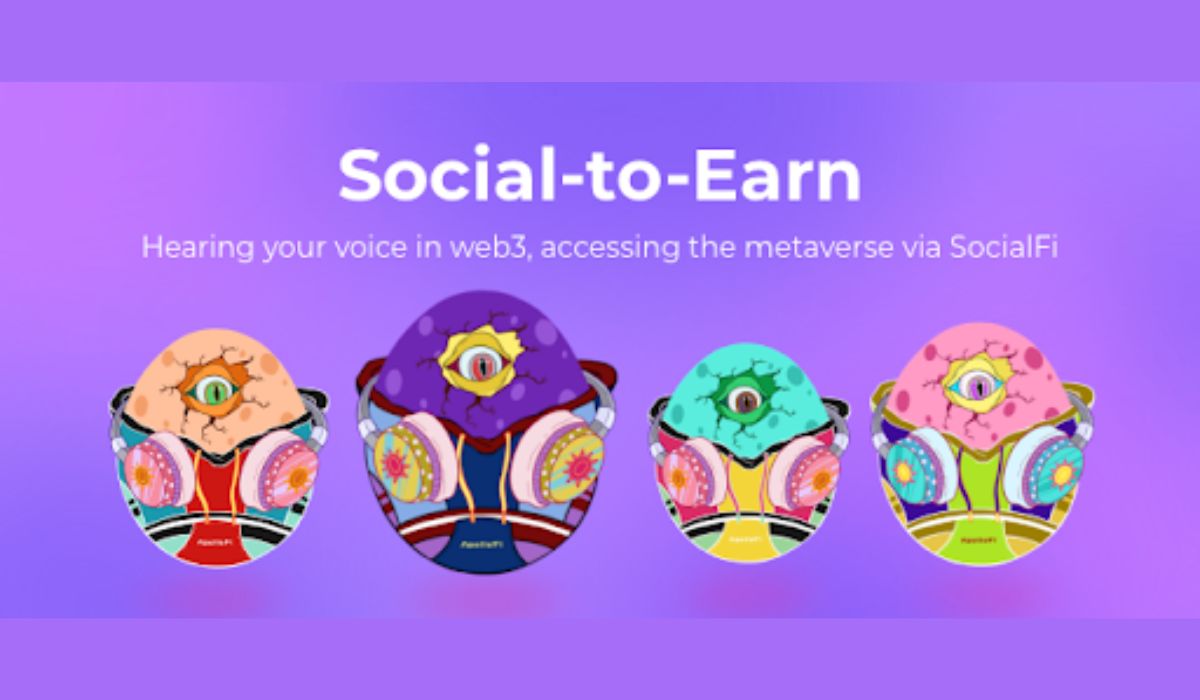 In the web3 world, ApolloFi.xyz analyzes the essence of web3 social networks using a new value dimension to create a new generation of socializing blueprints.

There is no denying that the global enthusiasm for web3 has entered a period of explosive growth. Internet giants and top talents continue to flood into this track. The main reason behind it is returning to the essence of the Internet. Data is its basic element, and all Internet activity revolves around data. Previously, the data monopoly of Internet giants reached its peak, and the data revolution started.

To some extent, the emergence of NFT was the farewell ceremony for data monopoly. This kind of new data representing unique and individual ownership starts to put an end to the data “gold mine” monopoly. More people start using NFTs as avatars on Twitter and other social media and subconsciously spread the NFT culture and identity.

In order to build a bridge to the web3 world, ApolloFi.xyz is designing SocialFi products and uses NFT as the proof of assets and identity. Its technical entry point is multi-chain. It creates the Social-to-Earn incentive model for the attention economy where each social product is based on a unique concept and complex design.

Social to Earn and Attention Economy

ApolloFi.xyz announced the second round of public beta testing to start on July 11. Then, financial products for social networking and NFT purchase, staking, and upgrading will be launched.

As ApolloFi.xyz is a web3 social-network project, its Social-to-Earn model is more focused on attention incentives for socializing and identity binding. It offers content creation rewards, community contribution rewards, and DAO participation rewards. We live in times of information flooding when high-quality content is buried. ApolloFi.xyz tries to use the new Social-to-Earn incentive model to inspire more creators and social network users, break the walls built by the Internet giants, and remove barriers on the Internet.

Multiple reward mechanisms enable ApolloFi users to convert their content and attention to them into revenue sources and explore a more democratic decentralized realm inclined to the public interest.

The Leading-edge Proof of Ownership for NFT

In the social metaverse built by ApolloFi.xyz, NFT will act as the proof of ownership. With proof of ownership, users will be able to get more token rewards. NFT will target the consciousness and on-chain behavior of users. As the main participants of the Apollofi.xyz ecosystem, users will acquire NFT fragments and upgrade NFT using smart contracts and the random-number technology.

Through a whitelist or partner’s Free Mint opportunity, users can receive A NFT (basic NFT, first-level NFT) to experience special social rights and ownership rights. The tracking of user activity will result in the release of NFT rights. Apollofi.xyz’s sociability can avoid the hyper-melting of today in favour of a more transformative, diverse future with better rewards across social distances thanks to this improved sociality.

To reduce the barriers and restrictions of using the blockchain network, ApolloFi.xyz launched the Omnichain network based on LayerZero, allowing users to connect their wallets on Ethereum, BNB Chain, and Polygon. This helps solve the circulation and interoperability problems of single-chain NFTs. The NFT potential is no longer limited by specific blockchain networks. On ApolloFi, NFT can be freely transmitted between EVM chains, and users can experience a variety of web3 social experiences with low transaction fees.

Global Team that Keeps Pace with the Times

You can demonstrate on ApolloFi.xyz that your Web3 persona is more alluring than in the real world. The value of socializing will grow from the top-down and from the inside out with the support of NFT. In addition to developing a complete social network with a more inclusive outlook, ApolloFi.xyz invites members to enjoy the benefits of unrestricted social interaction.

ApolloFi.xyz recently partnered with BitKeep and HOURAI. The APO has been officially launched on Uniswap on July 13, and the official entry for APOT to APO will be available

on July 18. Currently,  the second round of public beta testing is ongoing. Users are invited to experience NFT & fragment purchase, NFT staking, NFT upgrading, Social-to-Earn, and other features, and users can enjoy the reward of 20,000,000 APO tokens.