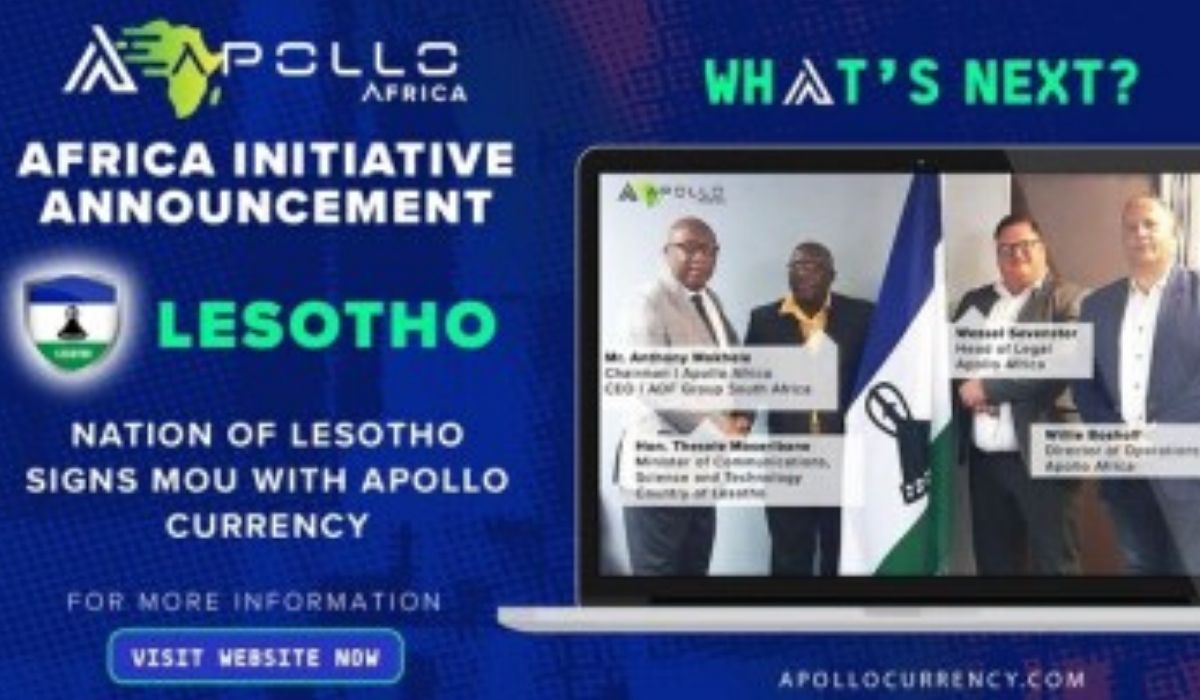 Apollo, a multi-purpose crypto platform has signed a memorandum of understanding with the government of Lesotho to transform sectors of the economy, provide employment and eradicate poverty with blockchain technology.

Specifically, the MOU was signed with the Ministry of Communications, Science and Technology and the primary objective of the deal include:

What’s more, the Apollo Foundation will also try to solve the problems of unemployment, illiteracy, and poverty.

“Lesotho is working to become a leader in technology. We are confident Apollo can help accomplish this mission.”

Located in the southern part of  Africa, Lesotho has a population of 2.2 million, with numerous opportunities to boost the economy, including the export/import sector, remittances from its citizens working abroad, the mining and trade of diamonds and more.

It is estimated that global spending on distributed ledger technology (DLT) will reach $12.4 billion by 2022.

The Apollo blockchain network will foster efficiency in government services, facilitate cross-border payments and advance the commercialization and trade of the nation’s natural resources.

Apollo (APL) combines the excellent features of established and its distributed ledger is the fastest in the world.

The Apollo (APL) altcoin is listed on several exchanges including Bitmart and IDAX. The team strives to build an infrastructure that makes APL an excellent asset to hold and use.