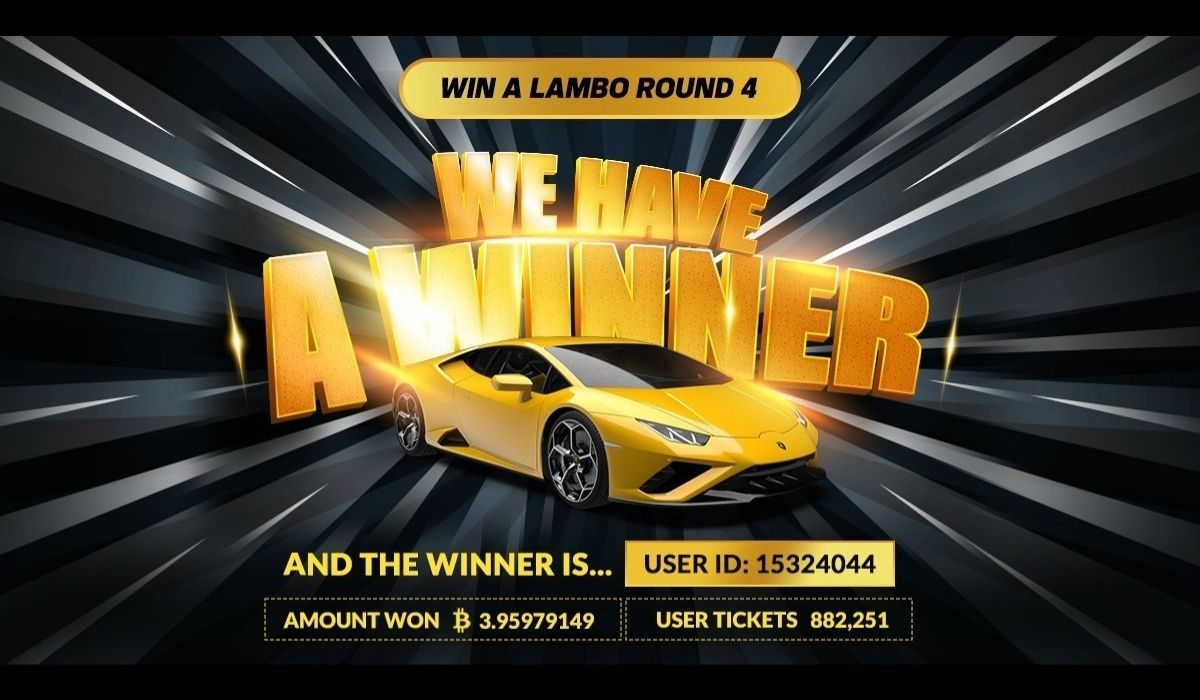 On April 24th, a FreeBitco.in user, out of over 42 million registered users, won a brand new Lamborghini, crypto’s favorite car.

And that wasn’t the first time. Since May 2019, FreeBitco.in, one of the world’s biggest Bitcoin gaming websites, has given away Lamborghinis to four lucky winners.

And they don’t intend to stop…

The Lamborghini Giveaway at FreeBitco.in is a Golden Ticket Contest where users have to collect Golden Tickets which are entered into a provably fair draw to pick the winner.

User 15324044 is the latest winner and they held over 882,251 Golden Tickets over the course of the contest. The lucky winner gets to choose between a Lamborghini or $200,000 in BTC credited directly to their FreeBitco.in account.

Over the last 2 years, FreeBitco.in has given away a total of $800,000 in BTC through four popular editions, and now they’re making it $1 million with Round 5.

And the best part? You can win a Lambo too!

Win a Lambo Round 5 began as soon as Round 4 ended. Everyone can participate in Crypto’s Biggest Giveaway and stand a chance to win.

The contest ends on 23rd October, 2021. You have six months to collect as many tickets as you can. Who knows, you could be driving home a shiny Lamborghini come October!

FreeBitco.in has been an integral part of the crypto community since 2013. The website was launched with a singular objective: to spread the word about Bitcoin and to facilitate the worldwide adoption of the coin.

With over 42 million registered users and 230,000 bitcoins distributed since its launch, FreeBitco.in is the world’s premier bitcoin gaming platform. FreeBitco.in runs on a fully automated, proprietary tech stack that provides users with a truly fair and rewarding gaming experience.

The Lamborghini Giveaway was launched by FreeBitco.in to give back to the community that helped it reach where it is. Participate in this contest and be a part of the biggest giveaway on the internet.